The excitement, in anticipation of Hedfest on Saturday, continues to build in Hedon. The community-based music and family entertainment festival certainly creates a buzz in the ancient market town! Expect a mad flurry of activity online, as bands and acts promote their slots in the programme via social media; while fans and the public interact with them on Facebook, Twitter, etc as decisions are made about the best places to visit on the day. 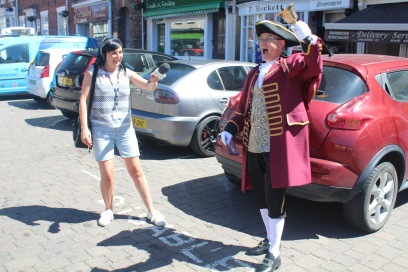 It’s not just social media promoting #Hedfest18, traditional media gets a look-in too. BBC Radio Humberside are due to broadcast live from one of the venues, The Haven Arms, from 12 – 3pm with a Hedfest special on Friday, the day before festival. Even more traditionally, Hedon’s own Town Crier, John Dawson, has been out and about making official announcements about the festival. He was joined in town last Saturday by the BBC’s Lucy Clark – Lucy is a performance poet herself and expected to perform at “The King’s Spoken Word” at the King’s Head on Saturday

And there’s plenty to talk about as the festival hosts some fifty acts over the twelve hours of the music and entertainment programme. Some great bands include: International songwriters and performers Craig & Willoughby are at the Church, also Hillbilly Troupe, Cuba Drive & Bud Sugar perform at The Alex. The Haven hosts The Froot and Holy Orders. There are four other official venues.

There’s lots for the children too – there’s Go Karting for 3 – 13 year olds, fairground rides, a magician, a special appearance by Bob the Robot and a whole host of costumed characters to see too; from Princesses and Elves, through to Captain America and Wonder Woman! There’s a re-enactment of scenes from Lord of the Rings by the Fellowship of the Precious. And expect to see all these characters out in force on the Carnival Parade – surely the highlight of the Hedon Festival when the streets of Hedon centre gets filled with people of all ages as spectators and participants merge into one giant swinging, conga-ing, samba-ing and dancing mass of party people. 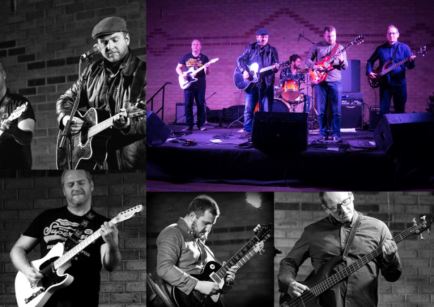 For this Hedfest blogger, the day is just full of dilemmas – I can solve the puzzle of being able to listen to Carrie Martin at the St Augustine’s Church at 2pm, and get to see Lucy Clark at the King’s Head at 3.10pm, whilst traversing my way through thousands of people on the Carnival Parade? But harder to fathom is how I’m going to see my favourite Hedon band Cuba Drive at the Alexandra Hall at 10pm, yet get back across to the Church to see a bit of Craig & Willoughby also at 10pm and yet still get to the Haven Arms for 11pm to see Holy Orders whilst simultaneously catching Hillbilly Troupe at The Alex… also at 11pm? Whatever the hour, between 12 noon and midnight, Hedfest is going to be just so full of such delightful dilemmas!

#Hedfest18 takes place Sat 7 July from mid-morning to midnight. Programmes available with listings and map (£2) from various outlets across the town.

This site uses Akismet to reduce spam. Learn how your comment data is processed.